Steven Spielberg has a yacht named the “Seven Seas,” and if you have $160 million lying around, it can be yours to sail on! This yacht is one of the most luxurious yachts in the world. It features two helicopter pads, three swimming pools, and an interior that is decorated with marble floors and gold leaf trimming.

Fittingly given its current film-loving owner, the first of those amenities mentioned in the brief description on the Seven Seas’ listing on yacht sale site Yacht Harbor is its “large cinema” and “several large televisions.” The listing goes on:

Here’s a video of the super-yacht as it departs from port:

Interestingly, the listing also cites Spielberg by name, so he’s clearly not worried about his celebrity interfering with the sale – probably not an issue anywhere when you’re dealing with a nine-figure item that only the wealthiest of the wealthy can think about affording anyway.

The Seven Seas has a very impressive glass elevator that transports guests to all the various decks of the yacht. There are also three on-ship tenders, including one 31 foot sport boat and another 34-foot “limo tender” with an elegant interior.

The Seven Seas is allegedly a reference to Spielberg’s seven children. In recent years, he has upgraded his fleet to include even larger yachts.

Steven Spielberg’s “Seven Seas” Yacht is yours for a whopping $160 million.

How much does a superyacht cost to operate?

The average 100-meter yacht with a top speed of 25 knots and 50 crew members should typically cost around $275 million. Considering the 30 largest yachts are all over 100 meters, they often cost significantly more.

In addition to upkeep, owners should expect annual fees and maintenance expenses. Gas prices, general maintenance, taxes, and crew salaries often account for the bulk of the expense incurred by fleet owners. In some cases, insurance can cost more than $240k per year, which is on par with yearly dockage fees at about $350k. Maintenance annually could easily cost millions. The owner should expect to spend around 10% a year on upkeep, so Steven Speilberg’s “Seven Seas” costs an estimated $16 million a year on upkeep. 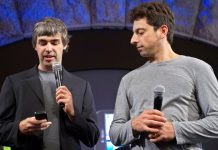 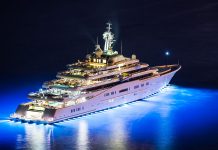 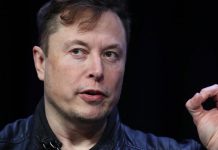