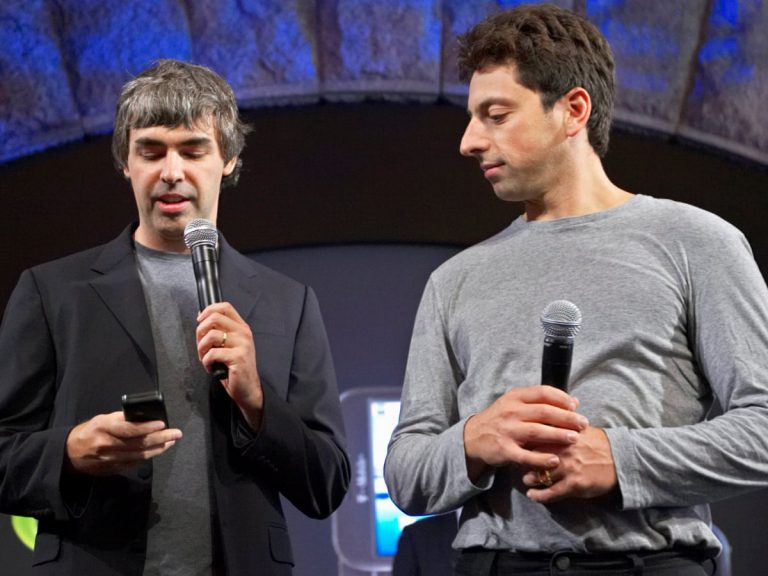 Larry Page and Sergey Brin are two of the most eccentric billionaires in the world. They have a combined net worth of $100 billion, which is more than enough to live out their lives doing whatever they want. But what do they actually do on a day-to-day basis? What separates them from other entrepreneurs that end up losing everything after their company goes bankrupt? And how does it feel to work with these billionaire co-founders who are known for being so quirky and eccentric?

Such is the case of Larry Pais, a well-known rock climber who has been working with Google for the past eleven years. When asked about what it is like to work directly with Larry Page and Sergey Brin at Google headquarters in Mountain View, California he said that “It’s different than any other place.”

“The culture inside of Google is very unique because they hire people from all around the world where everybody collaborates together on everything to make really cool things happen,” Pais says. “Larry and Sergey have always wanted this kind of environment so it was a perfect fit for me.”

But what does it take to work alongside Page and Brin?

They’re deliberate in who they associate with and let into their headspace, so here’s what will be expected of you.

For an intelligent, open-minded person with an insatiable curiosity who likes to take on new challenges, it will be easy to work with them. They don’t like people saying no instead of giving ideas for better outcomes. If your idea is good, they won’t care about the title or how long you’ve worked there.

Brace yourself for feeling like you’re just a foot soldier and not important enough to speak with Page or Brin themselves. Never assume your ideas are perfect solutions but give them justification by providing data as proof. If you think they’re wasting your time (like when Larry begins counting the seconds passing out loud), be direct in stating the topic of discussion from the beginning instead of rambling on about unrelated topics first.

As Doug Edwards, Google Director of Marketing and Brand Management from 1999-2005 explained on Quora when asked what they were like on a personal level:

“On a personal level, I found them to be pretty easygoing and approachable. Sergey has a wicked sense of humor and Larry always struck me as very sincere. When they were operating in “executive mode,” however, they often drove me crazy – largely because I was a 41-year-old traditional company middle manager before I went to Google. I had a lot of pre-conceived ideas they were happy to disabuse me of. That was painful, though ultimately useful.“

Brin isn’t afraid to admit when a product doesn’t succeed as planned.

After leading the development of Google’s now-dismantled social network, Google+, Brin admitted on stage that he should have never worked on it because he’s “kind of a weirdo” and not very social. “It was probably a mistake for me to be working on anything tangentially related to social to begin with,” as reported on The Verge.

Health and comfort has always been a priority for the two billionaire founders. Even as Google has grown into a multi-billion dollar company, Brin has stood by his fitness obsession roots. He’s known to typically wear workout clothes and Vibram barefoot shoes, and he was frequently seen zipping around the office on roller blades, doing yoga stretches during meetings, or walking around on his hands for fun. Source: BusinessInsider

Inside the minds of Larry Page and Sergey Brin

Larry Page has a high level of intelligence and is always willing to take on new challenges. He’s not afraid to push himself beyond what he thinks his capabilities are because that creativity makes him so successful. His genius oftentimes requires more hours than most people can commit, but Larry doesn’t let anything stop him in pursuit of success. He also has very high standards for cleanliness, freshness, perfectionism.

Sergey Brin can be eccentric but he’s always smiling and happy. Sergey doesn’t like having meetings yet still manages to get everyone in the office into one room with his infectious personality. He values people skills more than anything else at Google because that is what makes it work as an organization.

They know the value of their time.

As of 2015, Brin employed at least 47 people to manage his personal affairs— including a yacht captain, personal shopper, and a former Navy SEAL — through a company called Bayshore Global Management. Source: Bloomberg

Larry and Sergey are hilarious. I mean, they’re not just amusing or witty, they are actually genuinely funny. The company’s weekly all-hands are keenly anticipated by everyone; Larry & Sergey’s wit and humour are among the reasons for this.

Larry has a dry, wry wit; Sergey is much more likely to be flat-out uproariously funny (including, sometimes, rather inappropriate). I’d say they play a classic “straight-man/funny-man” setup very well, but that’s selling Larry rather short. While he’s the straight-man of the duo, he’s definitely funny in his own right.

If you ever get a chance to see them speak publicly in a situation that will let this come through (I’d imagine they play shareholder meetings rather straight, for example), you should. Laughs will be had.

Larry Page’s work ethic is to keep going and never stop. He has an intense curiosity about everything in the world, but he also possesses a sense of humility that keeps him grounded and always looking for ways to improve himself. The one word that best describes Larry is: intelligence – because it seems as if there are few things he doesn’t know or understand, not just with technology but also anything else in life. And his intelligence comes across very clearly when you talk to him — no matter how you phrase your question, Larry will be able to think on his toes and produce an answer right away (sometimes before you even finish asking).

Sergey Brin can be eccentric at times–especially when coming up with crazy ideas like Gmail.

In summary, to work with two brilliant out-of-the-box thinkers, be authentic, be curious, and strive to build products and services that are adopted by the masses.

Signals in the dark: Cryptocurrency trading based on Dark Web trends

Zeen is a next generation WordPress theme. It’s powerful, beautifully designed and comes with everything you need to engage your visitors and increase conversions.